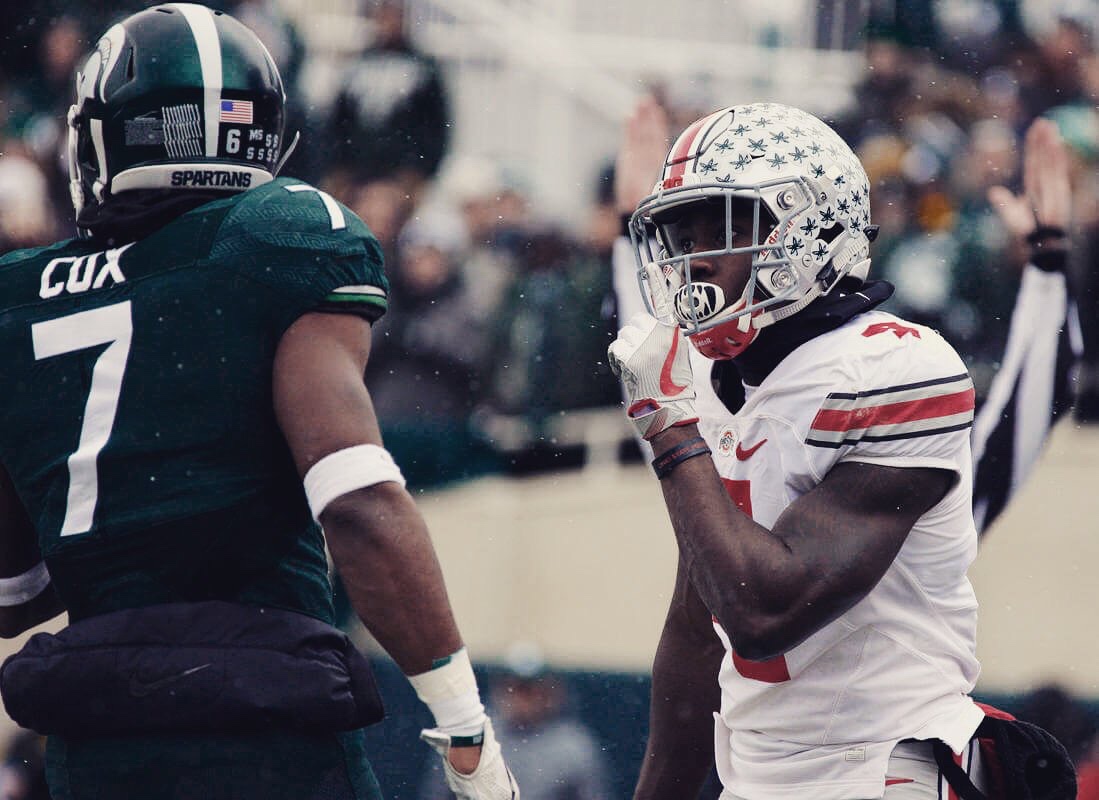 Another year, another suspect first few weeks of CFP Rankings. This has been possibly the worst in the committee’s history, and may need to change the way that these teams are ranked going forward. To start, Syracuse, Boston College, and NC State are ranked an average of 24 SPOTS HIGHER in the CFP Rankings than in every other computerized poll. This pretty much guarantees that an ACC team will make the playoff.

Though that will need to be addressed, the Bucks must focus on a very tough Michigan State team. Coach Urban Meyer and the crew will be headed to East Lansing to take on the 18th ranked Spartans coming off another rough game against Nebraska. We once again looked lost on defense, even after two weeks to prepare for a team who is simply not very good offensively.

The one good thing that did come out of the 36-31 scare was the reestablishment of the running game. J.K. Dobbins EXPLODED for 163 yards on 23 carries, with 2 TDs to boot. Mike Weber also came up big, with 91 yards on just 9 carries. This is a very positive sign looking ahead to the last few games on our schedule.

Looking to this game, I think it will be very straightforward. We have the better players; therefore we execute, we win. I think that we need another game where Haskins has around 300 yards and no turnovers, as well as 100-150 yards from the backs. The line needs to play better than they have thus-far into the year and the defense must keep the MSU offense under 20 points and 400 total yards. That is all the stoppage that an offense as potent as ours needs, unfortunately we have not been getting that and it’s leading to either scares or even losses against teams far below our talent level.

A win here sends a message to the committee as well as the rest of the country; “Ohio State is still one of the best 4 teams in college football, and we will prove it week after week.” Ohio State 38, Michigan State 17.