Los Angeles Lakers guard Lonzo Ball has severed ties with a co-founder of Big Baller Brand over concerns that the longtime family friend has a criminal past and also has not adequately accounted for the whereabouts of roughly $1.5 million from Ball’s personal and business accounts.

Oh my, this is absolutely bonkers. Alan Foster, friend of Lavar Ball and co-owner of Big Baller Brand, has been accused of stealing roughly $1.5M from Lonzo Ball’s personal accounts. Since the news of this broke, Lonzo has cut ties with Foster (duh) and the future of BBB seems to be on the fritz.

This is not the way that anybody saw BBB coming to an end, but it is a somewhat sad scene. Reportedly, all 3 of the Ball brothers have turned on their father and the brand he created. Lonzo, Liangelo, and Lamelo have all unfollowed Big Baller Brand on instagram. On top of this, Lonzo covered up his BBB tattoo with some (awkward looking) dice. 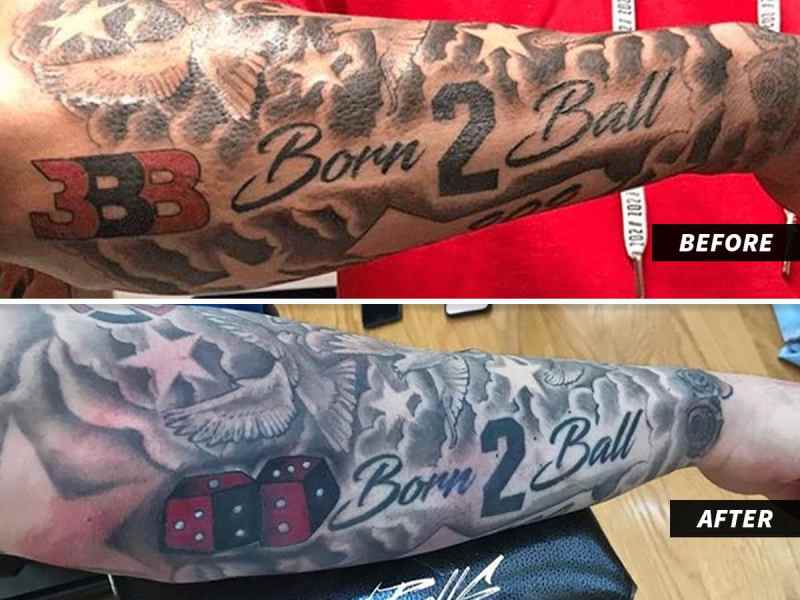 While all of this hints at BBB coming to a sad end, the biggest piece of evidence for this fact is the post that Lonzo made recently on instagram. As you can see at the head of this article, Lonzo has the classic Nike ad text next to his photo. If there wasn’t enough going on already in this picture, Lonzo (hilariously) photoshopped his #2 jersey in the rafters at the Staples Center.

I truly hope that the Ball brothers don’t become estranged from their father Lavar. Did he mess up? Yeah, big time. But he cares about his kids a lot, and did everything that he did because he thought it was best for them. The interesting thing about this situation though, is how the incident will affect Lavar’s public presence when speaking about his sons. I bet we’ll be hearing a lot less from Lavar, at least for a while.