The B1G is shaping up to be one of the premier conferences in college football this season. With a plethora of teams looking to contend for a B1G Title and even more hoping to lock in a bowl bid, we’re going to be running through what I believe will be the final B1G standings and how they’ll end up that way. 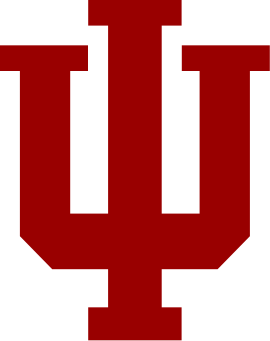 Indiana looks to improve on what was nearly their first bowl eligible season since 2016, as they have maintained a steady 5-7 record over the past two seasons. As the Hoosiers were a young team last season, they are returning nine starters on defense, as well as quarterback Peyton Ramsay and stud halfback Stevie Scott. New offensive coordinator Kalen DeBoer will look to expand upon Ramsay’s solid 2018 season by implementing more plays to get the ball down the field. The plethora of offensive talent paired with a fresh mind in the headset should make Indiana’s offense far more dangerous than in recent years.

As for the defense, this was a team that was able to get stops as well as forcing turnovers, despite allowing 30 points or more in seven of their last nine games last season. The unit’s real problem was getting off the field. As this defense saw last season, stops on first and second down mean nothing if you can’t hold firm on third.

Indiana will be sitting with a relatively easy schedule this season, as I have them beating just about all the usual suspects. Ball State, Eastern Illinois, UConn, Rutgers, Maryland, and Northwestern should all come as fairly easy wins for this team with another year of experience under their belts. As for clear losses, Ohio State, Michigan, Michigan State, and Penn State.

That leaves two very important games for Indiana. Week eight against Nebraska and week twelve against Purdue. I think that Nebraska will simply be too talented for Indiana to win that game, which leaves just one. Rivalry Week vs. the team that ended their last two bowl hopeful seasons. I do think that Indiana will be able to pull through, however, and return the favor to a Purdue team that will struggle to stop Indiana’s newfound offensive attack.