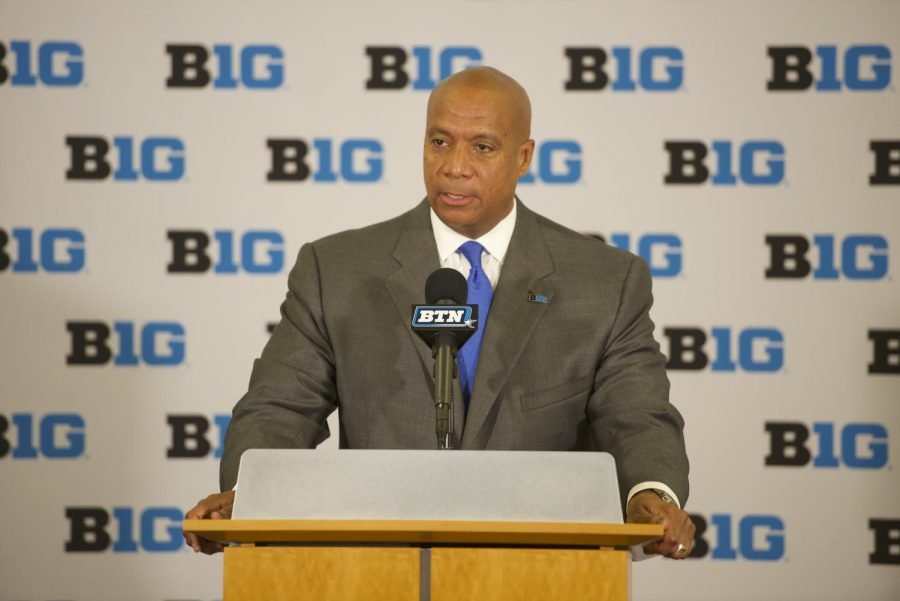 The Big Ten (B1G) is one of the most well-known conferences in Division-I college football, so it came as a surprise to many when commissioner Kevin Warren announced that the conference would be foregoing the 2020 fall season amidst concerns over the Covid-19 virus. Since this announcement, the B1G has faced significant backlash from players, coaches, and fans alike. With little to no transparency on how the issue was decided or what the conference’s plans are moving forward, several institutions including Nebraska and Ohio State are demanding answers.

It’s no secret to those following the saga that has been the return of B1G football that everyone is near the proverbial boiling point. The conference has already seen opt-outs from six projected first-round picks in the 2021 NFL Draft, the most recent pair coming out of Columbus. Ohio State standouts Wyatt Davis and Shaun Wade have both cited a lack of transparency as the deciding factor in their decisions.

On top of the opt-outs, parents of B1G student-athletes have assembled throughout the region to protest the lack of communication from the conference to players and coaches. There has even been a lawsuit filed against the B1G by a group of Nebraska football players which seeks a court order preventing the conference from following through with their spring plans.

Players would not only feel the short term effects of missing out on the 2020 season but potentially life-changing consequences as well. Pittsburgh Steelers General Manager Kevin Colbert said in an interview with The Ringer that “If there are two players that are close or equal, we’ll take the one that has played most recently.” Colbert is the first to speak publicly on the matter but there is no telling how many GMs feel the same way, nor the number of players that this could affect within the conference.

With all information that is currently available, it’s nearly impossible to agree with the conference’s handling of this situation. From the lack of transparency to the apparent unwillingness to work towards any semblance of a plan to return to football, the conference has put on an absolute clown show for America to see.

The conference seems dead set on the idea that there is no safe path towards a fall football season, yet ignores the thousands of games which have already been safely conducted at every level from pee-wee to the National Football League. On top of that, every school that voted to postpone the season due to concerns for player health and safety has made sure that their campuses are safe enough to welcome students back to in-person classes and collect tuition checks.

It’s hard for anyone who uses critical thinking to not laugh out loud at the notion that the players who are tested and monitored every day are at a higher risk of infection than the general student populous. Even more than the scientific perspective is the fact that these players are begging the conference for the opportunity to have a season this fall. If coaches, parents, and ultimately the players are all asking for this opportunity, then who are these administrators to deny them that chance while simultaneously hiding behind closed doors and avoiding any sense of transparency.